'Year of the Woman' on ballot but not at polls

(CNN) - GOP candidates Christine O'Donnell, Sharron Angle and Nikki Haley have captured the attention of the country this election season, but they're just a few of the record number of women pursuing office this year.

More than 160 women congressional and gubernatorial candidates won their primaries and will be on the ballot next week, leading some observers to dub 2010 the "Year of the Woman."
FULL STORY

(CNN) - And they're off! Labor Day marks the unofficial end of summer and the beginning of the campaign season.

With less than two months until Election Day, candidates are packing their schedules with campaign events designed to convince voters that they're the best ones for the job.

All 435 seats in the House of Representatives are on the line this fall, and 37 of the 100 Senate seats are up for grabs.

Capitol Hill is guaranteed to see some fresh faces, with dozens of lawmakers retiring or seeking other office, and a handful - including Democratic Sen. Arlen Specter, Republican Sen. Lisa Murkowski, Democratic Rep. Alan Mollohan and Republican Rep. Bob Inglis - coming up short in their renomination bids.

[cnn-photo-caption image= http://i2.cdn.turner.com/cnn/2010/images/07/21/art.capitolbldg4.gi.jpg caption =" The CNN 100 takes a look at the top 100 House races, from now until Election Day."]
Editor's Note: In the final 100 days before Election Day, CNN has been profiling one race at random each day from among the nation's top 100 House races, which we've dubbed "The CNN 100." Read the full list here. Today's featured district is:

(CNN) - As the headlines out of Arizona have focused on Sen. John McCain's re-election and J.D. Hayworth's bid to unseat him, a battle has been brewing for the House seat Hayworth once held.

Democratic Rep. Harry Mitchell is running for a third term in Arizona's 5th district. In 2006, Mitchell defeated Hayworth, a six-term congressman who swept into the House during the GOP landslide of 1994.

A half-dozen Republicans are vying for a chance to unseat Mitchell, including experienced politicians and newbies.

END_OF_DOCUMENT_TOKEN_TO_BE_REPLACED

(CNN) - When Democrat Chris Murphy left the state Senate to pursue a job on Capitol Hill, Republican Sam Caligiuri took over Murphy’s old job. Four years later, Caligiuri is hoping to follow in Murphy’s footsteps again, but this time, he’s not waiting for Murphy to step aside.
END_OF_DOCUMENT_TOKEN_TO_BE_REPLACED

[cnn-photo-caption image= http://i2.cdn.turner.com/cnn/2010/images/08/04/art.scottbrown.0730w.gi.jpg caption =" Sen. Scott Brown can bring in big crowds and plenty of fundraising dollars for GOP candidates."](CNN) - With midterms around the corner, Republican candidates are hoping Sen. Scott Brown's appeal will bring a boost to their campaigns.

In seven months, the Massachusetts native went from a little-known state senator to a key voice in the U.S. Senate and a hot commodity on the campaign trail.

"There is definitely a big demand for him," said Jennifer Nassour, chairman of the Massachusetts Republican Party. "He is our hometown hero. He did what everyone said was the impossible, and he did it through a lot of hard work."

The impossible was defeating Democrat Martha Coakley in a special election in January to fill the U.S. Senate seat formerly held by the late Ted Kennedy. 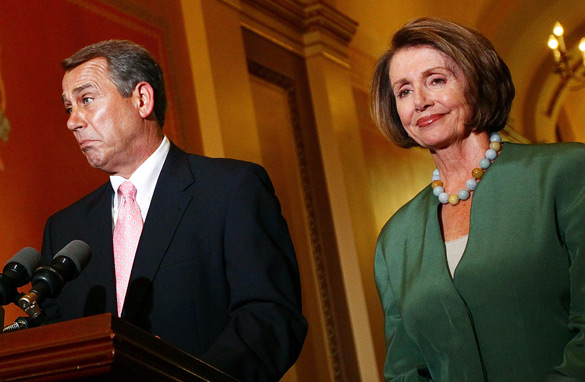 (CNN) - Republicans are predicting big wins in the November midterms. Across the aisle, Democrats are saying the same thing about their chances at the polls. But both can't be right.

Republicans speculate that they will take back the House - and possibly the Senate - as voters express their frustration at where Democrats and President Obama are taking the country.

"I think it's pretty clear that the American people are tired of the job-killing agenda in Washington, D.C. They want the spending spree to stop," House Minority Leader John Boehner said on "Fox News Sunday."

"I think we're having a good year, but we've got a lot of work to do before the Election Day on November 2," he said.

How Rangel's ethics hearing could play out

[cnn-photo-caption image= http://i2.cdn.turner.com/cnn/2010/images/07/26/art.rangelscrum0726.gi.jpg caption="Charlie Rangel is the subject of a House Ethics Committee investigation."](CNN) - Longtime Democratic Rep. Charles Rangel of New York will be the subject of the House Ethics Committee's first corruption trial in almost a decade unless his attorneys reach an agreement to settle his charges.

The House Ethics Committee on Thursday will make public a report of Rangel's alleged violations. After a nearly two-year investigation of Rangel, the committee's report could bring a trial by a panel subcommittee in September.

A formal hearing would be a trial-like session involving formal charges with lawyers for the House acting as prosecutors and Rangel's attorneys defending him, but some experts don't foresee Rangel making it to the trial stage.

Atlanta, Georgia (CNN) - Former Georgia Gov. Roy Barnes is a step closer to his goal of winning back his old job.

Barnes Tuesday easily won the Democratic gubernatorial nomination. But Barneswill have to wait until next month to find out who his Republican opponent will be in November's general election.

With 98 percent of precincts reporting, the Georgia Secretary of State's web page indicated that Barnes had captured 65.8 percent of the primary vote, with state Attorney General Thurbert Baker at 21.7 percent. Five other Democratic gubernatorial candidates were in the single digits.

"Tonight is the beginning to take our state back from the lobbyists and the special interests," Barnes told a crowd of supporters Tuesday night in Atlanta.

END_OF_DOCUMENT_TOKEN_TO_BE_REPLACED

Expert: Tea Party split a distraction but will fade

Tea Party Express leader Mark Williams made a bad situation worse last week when he blogged what he said was intended to be a satirical letter from NAACP President Benjamin Jealous to Abraham Lincoln after the NAACP had called for the Tea Party to repudiate racist elements in the movement.

By the end of the weekend, the Tea Party Express was cut loose from an organization that claims to represent the entire movement while the Williams group stood by its man.

"This is the worst kind of thing that could happen," said Tom De Luca, a professor of political science at Fordham University in New York City. "They were setting the agenda, at least to some degree, particularly in the Republican Party, so that Republicans all had to take two or three steps to the right."

[cnn-photo-caption image= http://i2.cdn.turner.com/cnn/2010/images/07/19/art.termlimits.file2.gi.jpg caption ="Term limits are like ‘political junk food,’ according to one expert."] (CNN) - Anti-establishment candidates are capitalizing on widespread anti-incumbent fervor and proposing term limits as a way to bring the power back to the people.

As political hopefuls try to persuade voters to send them to Congress, they're also promising they won't be there long.

Kentucky Republican Senate candidate Rand Paul said that if elected, he can't see himself serving more than two terms. In Rhode Island, Democratic congressional hopeful Bill Lynch has proposed a 12-year cap in the House and Senate. And in Maryland, Republican Andy Harris has assured voters that, should he go to the U.S. House, he'll be out of there by 2023.