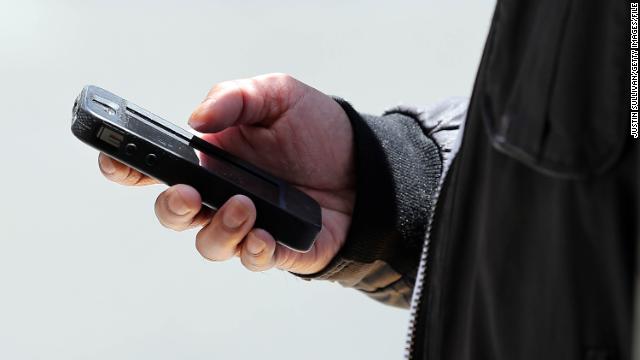 [cnn-photo-caption image= http://i2.cdn.turner.com/cnn/2009/images/07/31/art.dodd0731.gi.jpg caption="Sen. Chris Dodd is expected to announce Friday that he will be treated for early-stage prostate cancer."] (CNN) - Sen. Christopher Dodd announced Friday that he has an early form of prostate cancer, but said he is going to be fine.

"I feel fine; I'm going to be fine. We caught this early," he said at a news conference with his wife, Jackie Clegg Dodd.

He will undergo surgery after the Senate adjourns next week, Dodd said.

Dodd, 65, is expected to face a tough re-election campaign in 2010. He stated emphatically Friday he still plans to run.

"The condition was caught extremely early," said a source close to Dodd, who added that the procedure is routine, and the senator's health "is otherwise superb."

"This in no way whatsoever affects his re-election plans," said the source.

(Full text of Dodd statement after the jump)

END_OF_DOCUMENT_TOKEN_TO_BE_REPLACED

WASHINGTON (CNN) - Senate negotiators have cut about $400 billion from a $1.6 trillion health reform proposal, but that still leaves them short of their targeted price goal of about $1 trillion, Sen. Kent Conrad, D-North Dakota, told reporters Tuesday.

"The price has come down quite markedly but we still have a lot of work to do. This is a challenging legislative set of considerations," Conrad said. "It's hard."

Conrad is one of a handful of bipartisan Finance Committee members who are meeting regularly in closed-door sessions to try to hammer out an agreement. Getting the price tag down to about $1 trillion is key to getting a bill passed, they say.

END_OF_DOCUMENT_TOKEN_TO_BE_REPLACED

House and Senate close in on compromise

“People are making progress. Drafting is taking place tonight. We’re not there yet but we made a significant amount of progress,” Senate Majority Leader Harry Reid said as he left House Speaker Nancy Pelosi’s office for the last time of the day.

“Everybody is doing what we’re supposed to be doing,” said White House chief of staff Rahm Emanuel. “Everyone knows the seriousness of the economic crisis.”

Pelosi, Reid, and Emanuel shuttled between meetings on the either side of the Capitol. The meetings included key House and Senate committee chairmen as well as the three Senate Republican moderates who voted for the bill Tuesday, giving it a slim margin of victory.

They were trying to execute a broad framework that Democratic sources tell CNN was hatched in an unpublicized White House meeting early Tuesday morning with President Obama, Reid and Pelosi.

Details began to emerge on the merging of the bills. Two senior Democratic sources said negotiators had agreed on a top line number of $800 billion but later one of those sources said the number could be even less. That would be less than either the Senate’s $838 billion bill or the House’s $819 billion.

Several sources involved tell CNN that the number is lower to satisfy the three moderate Republican senators who wanted a lower final number.

END_OF_DOCUMENT_TOKEN_TO_BE_REPLACED

[cnn-photo-caption image= http://i2.cdn.turner.com/cnn/2008/POLITICS/12/19/auto.bailout/art.bush.auto.cnn.jpg caption="President Bush said Friday that automakers must show they can be profitable businesses by March 31."](CNN) - The Bush Administration briefed President-elect Obama’s transition team over the last several days about options the Treasury was considering for U.S. automakers, according to a transition aide not authorized to speak publicly, though the administration did not ask for Obama or his staff's approval or opinion on the package or any of its specifics.

The aide pointed out that Obama urged President Bush, in their Oval Office meeting after the election, to grant a short term loan to the auto industry on the condition that significant changes we made toward long term viability.

The criticism came a day after lawmakers were surprised by the news that taxpayers would again be called on to shore up a member of the struggling financial sector.

"Once again the Fed has put the taxpayers on the hook for billions of dollars to bail out an institution that put greed ahead of responsibility and used their good name to take risky bets that did not pay off," said Sen. Jim Bunning, R-Kentucky, a member of the banking committee.

A spokesman for Sen. Richard Shelby of Alabama, the top Republican on the banking committee, said the senator "profoundly disagrees with the decision to use taxpayer dollars to bail out a private company" and is upset the government has sent an inconsistent message to the markets by bailing out AIG after it just refused to save investment bank Lehman Brothers from bankruptcy.