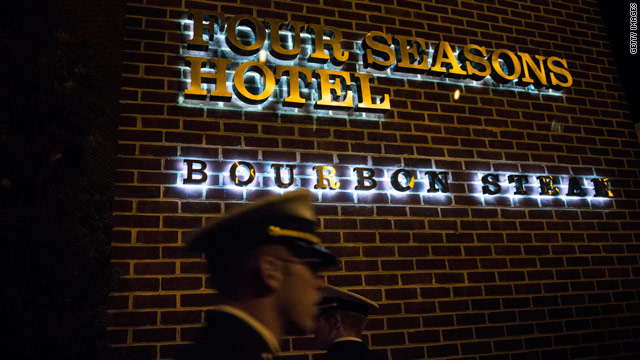 Washington (CNN) – President Barack Obama has had better weeks, but at least he got to end it in style - and with his wife by his side.

Obama and his wife Michelle celebrated their 20th anniversary with a romantic dinner Saturday night. According to pool reports, the president and first lady ate at the Bourbon Steak restaurant in Georgetown’s tony Four Seasons hotel.
END_OF_DOCUMENT_TOKEN_TO_BE_REPLACED