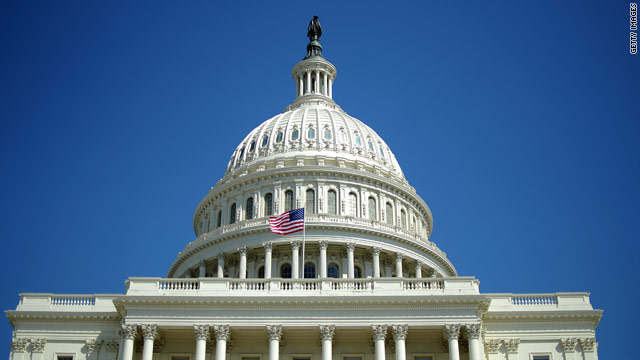 Meanwhile, President Barack Obama is set to defend U.S. military involvement in Libya to Congress, according to the White House.

House to vote on Rangel censure

House Majority Leader Steny Hoyer, who handles the House floor schedule, told reporters Wednesday that he informed Rangel and Rep Zoe Lofgren, the chair of the ethics committee, that the committee's report would be considered Thursday afternoon.
END_OF_DOCUMENT_TOKEN_TO_BE_REPLACED

The panel has been looking at several alleged ethical violations involving Rangel. A formal hearing will be a trial-like session involving
formal charges with lawyers for the House acting as prosecutors and Rangel's lawyers defending him.

There was no immediate information available on the exact charges Rangel faces, or when the formal hearing will begin.

In comments to reporters, Rangel said he welcomed the news and wanted to testify in his defense.

END_OF_DOCUMENT_TOKEN_TO_BE_REPLACED

Rangel: No plans to step aside as committee chairman

WASHINGTON (CNN) - Even after a senior House Democratic aide told CNN that House Ways and Means Committee Chairman Charlie Rangel would likely temporarily step down from his post, Rangel emerged from a meeting with House Speaker Nancy Pelosi Tuesday insisting he has no plans to step aside.

"You bet your life," Rangel said when asked if he was staying on as chairman of the tax writing committee. The New York congressman told reporters he had no plans to step down and was going back to his office to work on a jobs bill.

As Pelosi and Rangel were meeting in the speaker's office off the House floor, the source told CNN Rangel would likely announce Tuesday night or Wednesday that he's "temporarily stepping down" until the House ethics committee completes its investigation into a number of alleged rules violations. The source said that senior Ways and Means Democrat Pete Stark would take over as chairman "on a temporary basis."

Pelosi refused to comment after leaving the meeting - with her silence standing in stark contrast to the vigorous support she has offered for months, including as recently as Friday.

House Republicans are planning to introduce a resolution on Wednesday calling on Rangel to step aside and again force House Democrats to go on record defending him.

House Democrats have blocked previous GOP resolutions on the House floor, but several Democrats in competitive districts have come out publicly in recent days saying they thought it was time for Rangel to step down.