The bill, which the House could vote on as early as Friday, is a much stronger statement than the non-binding resolution leaders originally introduced that called for removing U.S. forces from hostilities in Libya.
END_OF_DOCUMENT_TOKEN_TO_BE_REPLACED

Washington (CNN) - Just weeks after the killing of Osama bin Laden, Congress came closer than ever before to forcing the Obama administration to come up with a plan for a significant drawdown of U.S. troops from Afghanistan.

The vote, on an amendment to the annual defense authorization bill, failed 204 – 215, but that tally was surprisingly closer that even its supporters thought it would be. Twenty-six Republicans joined 178 Democrats to support the measure.
END_OF_DOCUMENT_TOKEN_TO_BE_REPLACED 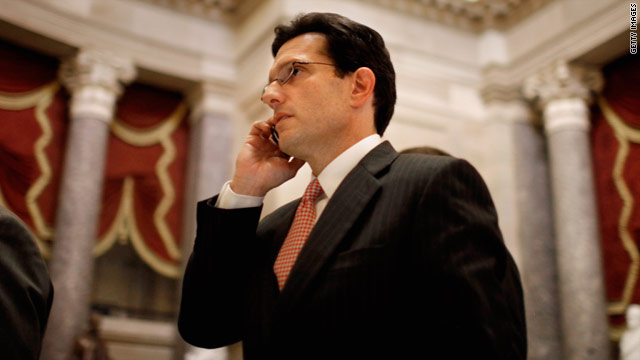 Cantor promised the GOP budget blueprint would be "a serious document that will reflect the type of path we feel we should be taking to address the fiscal situation – including addressing entitlement reforms."
END_OF_DOCUMENT_TOKEN_TO_BE_REPLACED