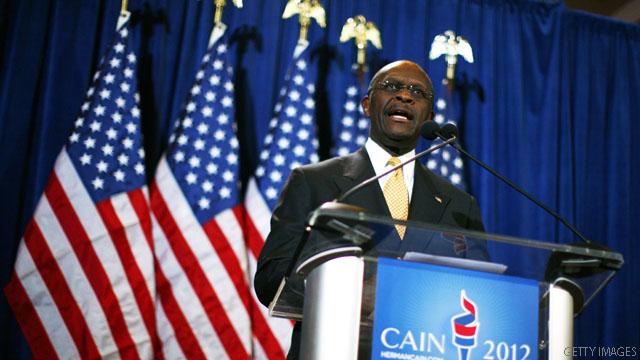 Who's backing up Cain accusers?

The woman walks soberly to the podium surrounded by lawyers and supporters. Silence falls and cameras flash as she delivers a prepared statement, followed by comments from a lawyer, possibly Gloria Allred. 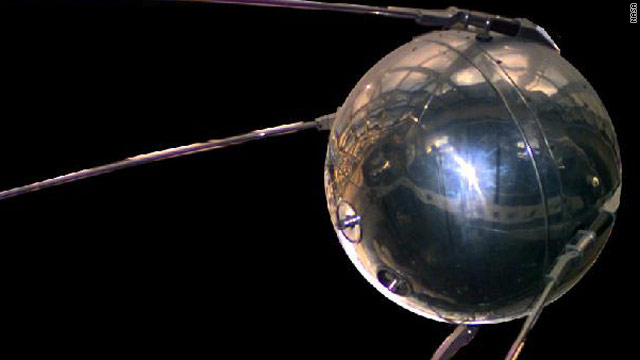 (CNN) - This generation's "Sputnik moment" has arrived, President Barack Obama declared in his State of the Union address Tuesday night, referring to the United States' need to invest in research and development to
revive the economy and ensure future stability.

He was talking about investment in areas such as biomedical research and clean energy technology, but what did he mean by "Sputnik moment," exactly? Precise definitions vary, but in general, it refers to the realization, triggered perhaps by a threat or a challenge, of a need to do something different, setting a course in a new direction.

(CNN) - Sylvester Cann didn't think it would work. But he figured it was worth a try.

And, lo and behold, where others seeking President Barack Obama's signature with a pen and paper had failed, Cann &.65279;obtained the commander in chief's autograph on his iPad, in what's believed to be the first instance of the president signing an iPad for an autograph-seeker.

Posted by
CNN's Emanuella Grinberg
Click to watch video
(CNN) - There is no "silver bullet" solution to health care overhaul, President Obama said on Saturday, but the system needs to change to avoid "a world of hurt" down the road.

"There is no perfect, painless silver bullet out there that solves everyone's problem, that gives everyone perfect health care for free. I wish there was," Obama said in a town hall meeting in Grand Junction, Colorado.

"I can't do it. Nobody can. What I can do is try to sort though what are all the options available, be realistic about where we're going on health care, say to myself if we keep on doing what we're doing, we're in a world of hurt."

If health care reform fails, Medicare and Medicaid risk going broke, state and federal budgets will be unsustainable, "and then we're going to have to make some really bad decisions where we have no good options," Obama said.

Obama's comments came in response to remarks from an audience member about the increasingly contentious tone the health care debate is taking, in Congress and in town hall meetings held by lawmakers around the country.

"Is it not time that something be done?" the man said.

In responding to the man's question, Obama also criticized opponents of health care overhaul, especially members of Congress who he said reduce the debate to scare tactics and mischaracterizations.

Born on July 10, 1921, in Brookline, Massachusetts, Shriver was the fifth of nine children to Joseph P. and Rose Fitzgerald Kennedy. She emerged from the long shadow of siblings John F. Kennedy, Robert F. Kennedy and Sen. Edward M. Kennedy as the founder of the Special Olympics, which started as a summer day camp in her backyard in 1962.

Today, 3.1 million people with mental disabilities participate in 228 programs in 170 nations, according to the Special Olympics.

"She was the light of our lives, a mother, wife, grandmother, sister and aunt who taught us by example and with passion what it means to live a faith-driven life of love and service to others," the Shriver family said Tuesday in a statement.

"For each of us, she often seemed to stop time itself - to run another Special Olympics Games, to visit us in our homes, to attend to her own mother, her sisters and brothers, and to sail, tell stories, and laugh and serve her friends."

No final decision has been made on funeral arrangements, a source close to the family said.

Palin's swift rise is the talk of her Alaskan town

She paced around her room and prayed before sending Palin an e-mail wishing her good luck.

"I was so nervous for her," said Moore, a dietitian who lives in Palin's hometown of Wasilla. "I felt like she was my relative, like she was about to prove herself to the country."

As much as Moore was hoping for the best, there was a part of her that didn't want to share her governor and former mayor with the lower 48, a term Alaskans use to refer to their distant countrymen with a mix of playfulness and disdain.

"No matter what happens, we win. If she becomes vice president, the rest of the country will see what a great leader she is. If she loses, we get her back," Moore said.

The night after Palin's speech, Moore and friends from her book club gathered at Wasilla's Pandemonium bookstore to discuss the Jeffrey Eugenides novel "Middlesex."