(CNN) - Marijuana prohibition laws are slowly going up in smoke.

An Alaska citizens' group is pushing to legalize recreational marijuana, which would make it the third state to do so after Colorado and Washington. 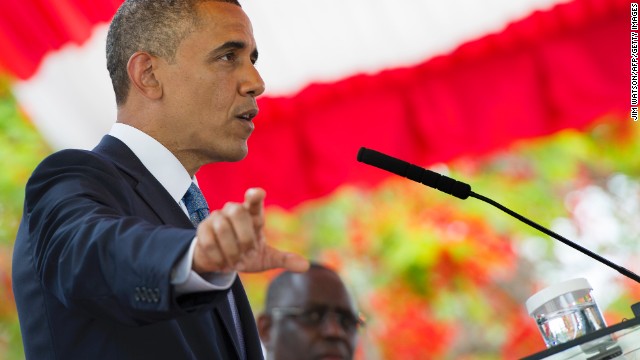 (CNN) - U.S. President Barack Obama headed to South Africa on Friday for the second leg of a trip overshadowed by the deteriorating health of anti-apartheid icon Nelson Mandela.

Obama left the United States on Wednesday for Senegal, South Africa and Tanzania - his second visit to sub-Saharan Africa since taking office.

(CNN) - President Barack Obama flies across the Atlantic on Wednesday for a trip that takes him to Senegal, South Africa and Tanzania, his second visit to sub-Saharan Africa since taking office.

The trip aims to bolster investment opportunities for U.S. businesses, address development issues such as food security and health, and promote democracy.