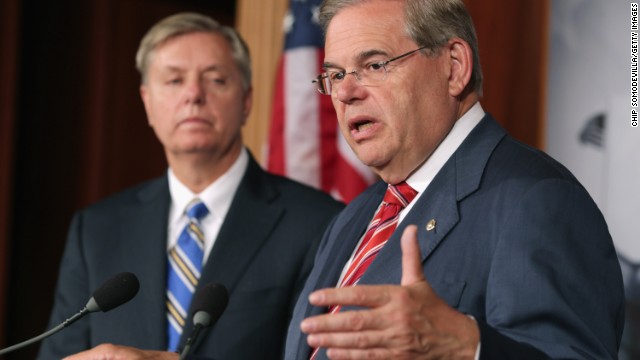 (CNN) - One of the Gang of Eight senators who negotiated an immigration deal headed to the Senate floor says the bill does not yet have support to overcome a potential filibuster.

"At this moment we have not found 60 votes in the Senate," Sen. Robert Menendez, D-New Jersey, said in an interview on the Spanish-language network Univision that was translated by CNN. "We still need more votes in the chamber."
END_OF_DOCUMENT_TOKEN_TO_BE_REPLACED