BOSTON (CNN) - President Barack Obama acknowledged Wednesday the national health care law's new website was "too slow" and too many people "have gotten stuck" in it.

"I'm not happy about it and neither are a lot of Americans who need health care," he said at a Boston rally to tout and defend the Affordable Care Act, which is the signature domestic achievement of his presidency.

The President talked about the miserable start up of HealthCare.Gov, which went online October 1.
END_OF_DOCUMENT_TOKEN_TO_BE_REPLACED 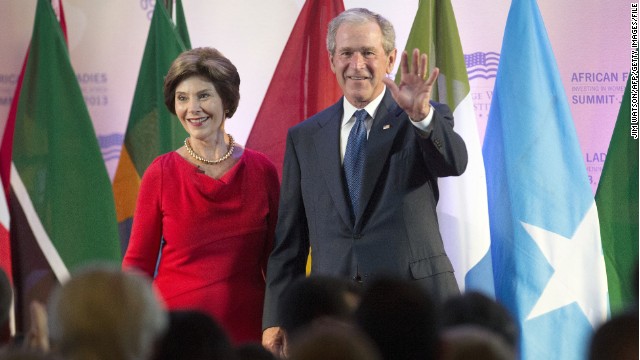 Dallas (CNN) - There was no impassioned plea to pass immigration reform. But the image was unmistakable.

The sight of former President George W. Bush welcoming newly sworn-in citizens at a naturalization ceremony at his library and museum in Dallas on Wednesday offered a sharp contrast to the hardening opposition to immigration legislation in Washington.

(CNN) - At first glance, Mitt Romney's decision to release his tax return on a Friday afternoon seemed to be a way to bury a story that has dogged the Republican presidential candidate for much of this year.

But was this a case of the "Friday news dump" that's become commonplace in the nation's capital?

Maybe, but maybe not.
END_OF_DOCUMENT_TOKEN_TO_BE_REPLACED

(CNN) - Rick Perry Tuesday jumped directly into the battle over possible statehood for Palestinians, slamming President Barack Obama for his policy toward Israel and how he's handled the Mideast peace process.

"The Obama policy of moral equivalency, which gives equal standing to the grievances of Israelis and Palestinians, including the orchestrators of terrorism, is a dangerous insult. There is no middle ground between our allies and those who seek their destruction," said the Texas governor and Republican presidential candidate, as he went before cameras about 25 blocks from the United Nations, where the Palestinian Authority this week will seek formal recognition of statehood by the United Nations General Assembly.
END_OF_DOCUMENT_TOKEN_TO_BE_REPLACED