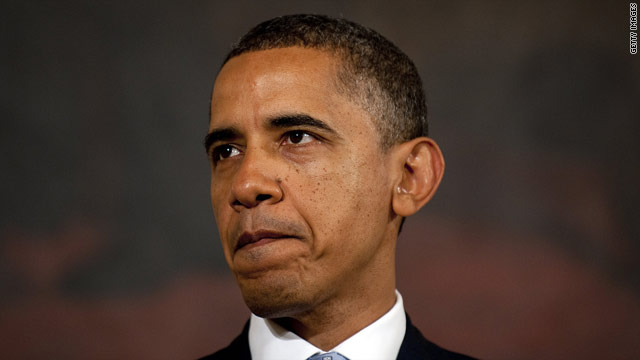 WASHINGTON (CNN) - President Barack Obama and top Pentagon officials including Defense Secretary Leon Panetta and Joint Chiefs of Staff Chairman Adm. Mike Mullen are attending Tuesday's dignified transfer ceremony for 38 U.S. and Afghan personnel killed on board a helicopter shot down in Afghanistan over the weekend.

Two planes carrying the remains landed at Dover Air Force Base in Delaware on Tuesday morning, according to Pentagon spokesman Col. Dave Lapan.

[cnn-photo-caption image= http://i2.cdn.turner.com/cnn/2010/images/04/27/art.getty.lieberman.jpg caption="Sen. Joe Lieberman and Sen. Susan Collins have been investigating the Fort Hood shootings."]Washington (CNN) - As a deadline loomed, the Departments of Defense and Justice Tuesday offered partial cooperation to Congressional requests and subpoenas to get more information for the investigation of the Fort Hood shooting that left 13 people dead last November.

The Senate Homeland Security and Governmental Affairs Committee has been investigating the Fort Hood shootings since a week after the incident. Chairman Joe Lieberman, I-Connecticut, and the committee's top Republican, Sen. Susan Collins, R-Maine, sought a number of documents and witnesses as part of their investigation but were "stonewalled" with "foot-dragging" by the Obama administration, Lieberman said earlier this month.

On April 19, Lieberman and Collins issued subpoenas to Defense Secretary Robert Gates and Attorney General Eric Holder, demanding that they provide the materials the committee wanted by Monday, or respond by Tuesday explaining why they would not grant the request.

END_OF_DOCUMENT_TOKEN_TO_BE_REPLACED

[cnn-photo-caption image= http://i2.cdn.turner.com/cnn/2009/US/05/23/section.60.cemetery/art.section60.cnn.jpg caption="Arlington's Section 60 is the final resting place for many casualties of the wars in Iraq and Afghanistan."]
WASHINGTON (CNN) - Flowers arrived at Capt. Marissa Alexander's office at Fort Bragg, North Carolina, on June 3, 2005.

Her husband, Staff Sgt. Leroy Alexander, was half a world away fighting with the Special Forces in Afghanistan, but he had found a way to send a floral arrangement to his wife, who was five months pregnant with twins.

"He called me and asked me what building I worked in. He said he had to update some records," Alexander said. The flowers lifted her spirits.

But a few hours later, her emotions would be thrown into a tailspin. Alexander saw two Army officers in dress uniforms knock on her front door.

One of the officers started to talk: "We regret to inform you..."

If he said any more, Alexander doesn't remember. "The next memory I have is in my kitchen, banging on the floor. I just couldn't believe it," she said.

The good feelings from flowers delivered a few hours before were gone, replaced by shock, pain and mourning.

A roadside bomb had made her a widow.