FALLS CHURCH, Virginia (CNN) - For the first time since the 2008 presidential race, Hillary Clinton made a foray back into the thorny world of campaign politics on Saturday, appearing at a rally for Terry McAuliffe, the longtime Clinton confidant now running for governor of Virginia.

About 600 people showed up to the historic State Theatre in Falls Church, a suburb of Washington, D.C. to witness Clinton's smiling re-emergence on the political scene, showering her with applause when she made even the slightest allusion to running for office again.

The Democrat, who gained national fame after her 13-hour filibuster over a controversial abortion bill, was already scheduled to make an announcement about her political future on October 3.
END_OF_DOCUMENT_TOKEN_TO_BE_REPLACED 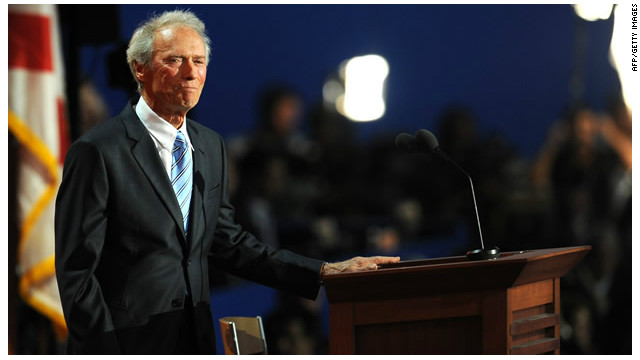 Eastwood has previously lamented the idea of "making a big deal out of gay marriage," but he's now joining a chorus of high-profile Republicans that want the Supreme Court to rule in favor of same-sex couples who want to legally wed.
END_OF_DOCUMENT_TOKEN_TO_BE_REPLACED

"I intend to spend this fall focused on the people of West Virginia, whether that's representing them in my official U.S. Senate duties or here at home, where I can hear about their concerns and ideas to solve the problems of this great nation," Manchin said in a statement.
END_OF_DOCUMENT_TOKEN_TO_BE_REPLACED