No escape for Hillary on 2016 hints

Even as Bill, Hillary and Chelsea Clinton gathered to present public service awards at their high-profile annual meeting, domestic politics were not always far from the agenda.
END_OF_DOCUMENT_TOKEN_TO_BE_REPLACED

"He's an entertainer. He's an Elvis impersonator, and he entertained at a party that my wife and I helped give for a young couple that was getting married. He was quite entertaining," said Wicker, R-Mississippi, of Paul Kevin Curtis, who was charged Thursday with making threats against the president and sending threatening letters, according to the Justice Department.
END_OF_DOCUMENT_TOKEN_TO_BE_REPLACED 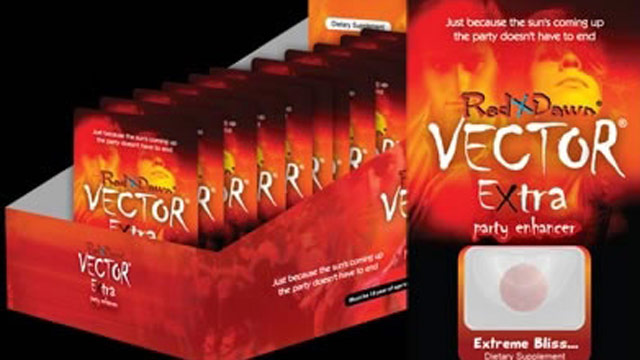 Democratic New York Sen. Charles Schumer plans to introduce a bill to put these drugs - which are sold in small paper packets innocuously labeled "bath salts" - onto a list of controlled substances that would allow for government oversight.
END_OF_DOCUMENT_TOKEN_TO_BE_REPLACED

WASHINGTON (CNN) - Staff Sgt. Cody Reeves has survived harrowing conditions and stared down enemies on the battlefield during two tours in the military hotspots of Iraq.

Now he is stationed near Dover Air Force Base in Delaware, trained to carry the remains of fellow soldiers who perished in that same conflict.

Reeves serves in the Army's Old Guard, a tight-knit group of soldiers of similar height and size who physically bear the weight of the Army's fallen veterans. The Old Guard conducts a 15-minute ceremony called a dignified transfer.

A recent decision by Defense Secretary Robert Gates gives families the choice to allow media to film the solemn event. It's the first time in 20 years the ceremony has been open to the press.

Every detail of the transfer is precise. When an American soldier dies overseas, the Old Guard is called into action. They travel from their base to Dover, where they meet the aircraft carrying the soldier's body. The six men receive the flag-draped casket, which can weigh 500 pounds, and carry the soldier's body to a waiting vehicle.

Analysis: Biden goes from hot to not since Palin came along

[cnn-photo-caption image= http://i2.cdn.turner.com/cnn/2008/POLITICS/09/12/biden.palin/art.biden.point.gi.jpg caption="Biden is having trouble grabbing the spotlight since Palin was tapped for the GOP ticket."] (CNN) - Sen. Joe Biden faces a paradox: He offers the most unfiltered contact with the media of any of the big four. But he's the least likely to be covered.

Over the three weeks since Sen. Barack Obama tapped Biden to be his running mate, Biden has seen coverage of his campaign slip from feverish to low-key.

The night before Obama announced his vice presidential choice August 23, the press staked out Biden's Delaware home and gave minute-by-minute updates of his every movement.

But then Sen. John McCain picked telegenic and nationally unknown Alaska Gov. Sarah Palin as his running mate, and the press corps traveling with Biden's campaign dwindled to a skeleton crew.

Granholm will spend four days helping Biden sharpen his skills before he faces off with Palin October 2.

At a fundraiser Tuesday night, Biden told supporters debating Palin would be tricky.

Instead, Biden said he would "try very hard" to keep the focus on health care, the struggling economy and foreign policy.

Speaking to a union crowd in Wisconsin, Biden also said he hasn't heard enough specifics from the Alaska governor, and that he's hoping to learn more about her positions before the two debate October 2.

"Hopefully by the time the debate takes place, we’ll have a better sense of her other than some of what she says and what appear to be some very extreme views," Biden said.

"I’m assuming that she shares John McCain’s views on most of the issues. And she even says, if the press is correct - and I’m not ready, prepared to make a judgment [on this] - her views on everything from global warming to other things, if they are as presented, they’re pretty far out there."

[cnn-photo-caption image= http://i2.cdn.turner.com/cnn/2008/images/08/31/art.biden.ap.jpg caption="Biden Joked about Palin's sharpshooting Monday."]
KALISPELL, Montana (CNN) – Joe Biden joked Sunday that GOP nominee Sarah Palin should be held to the same standard as other candidates for the White House—except in one area where she’s clearly got the edge. “It's not whether Sarah Palin can aim an assault rifle and hit dead target - which she probably can, and I hope it's not me,” he joked at a campaign event in Montana.

Palin’s speech to the Republican National Convention was peppered with references to her rural Alaskan upbringing, including time spent fishing and snowmobiling.

Biden said Palin should do the same.

“Somewhere along the line…she will start to stand before the nation and the public and you know, determine whether or not her views, her breadth of knowledge, her record, is one that people say ‘yeah I want that person as vice president, a heartbeat away from being president,’” Biden said.