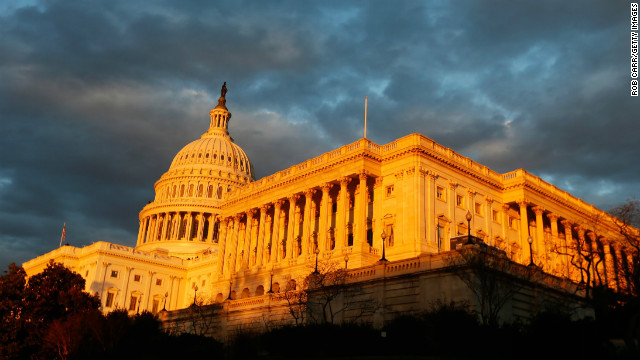 In letters to members of Obama's Cabinet, they requested information about the president's time frame and funding plans for the implementation of 23 executive actions on gun control enacted in mid-January in response to the elementary school massacre in Newtown, Connecticut, in December.

White House announces waivers for No Child Left Behind law

WASHINGTON (CNN) - About half the schools in Tennessee didn't meet the annual yearly progress requirements of the No Child Left Behind law last year. Tennessee is not alone.

Saying schools are struggling to meet the student progress requirements of the No Child Left Behind law, the White House announced Monday it would be signing waivers that will relieve schools of some of the key provisions of the law. 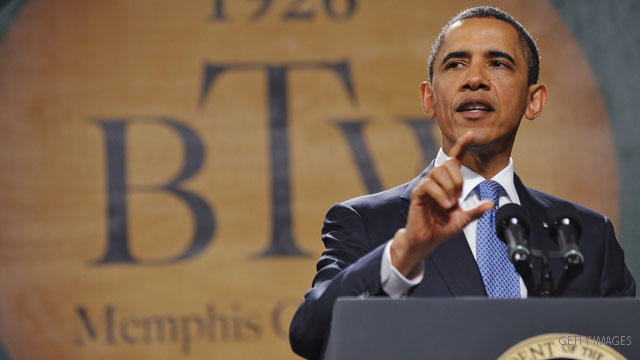 Memphis, Tennessee (CNN) - It's graduation day for Booker T. Washington High School in Memphis, and President Barack Obama flew to town to address the students who have beaten the odds to receive their diplomas.

The students knew he would address to them from the stage, but the president surprised them by visiting them in their holding room prior to the ceremony. 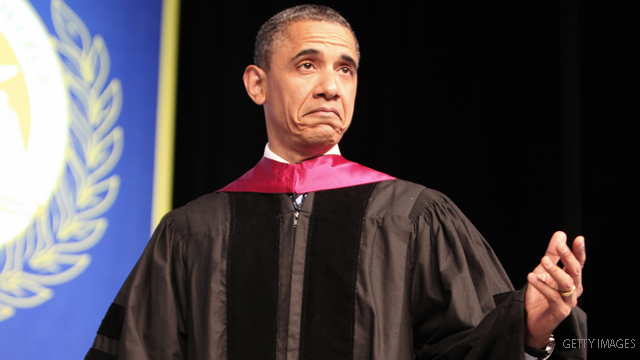 Washington (CNN) - Three academically competitive high schools from different areas of the country are competing for a lofty prize: an appearance and a speech from President Barack Obama at their spring commencement ceremony.

Booker T. Washington High School in Memphis, Tennessee, is in an inner city school with high teen pregnancy and HIV/AIDS rates and a history of violence. But the school's graduation rate has risen from 55% to 82% in the past four years.

Washington (CNN) - Staff members at eight Head Start centers manipulated income information given to them by undercover applicants so that the applicants would get benefits they were not qualified for, according to a Government Accountability Office report being released Tuesday.

In response to the report, Health and Human Services Director Kathleen Sebelius has notified the more than 1,600 operators of Head Start facilities nationwide of new steps being taken to crack down on fraud.

The GAO report says undercover applicants made 15 visits to 13 centers in six states and the District of Columbia to register their fictitious children.

At eight of those centers, Head Start employees disregarded "part of the families' income to register over-income children into under-income slots" or "lied about applicants' employment status or misrepresented their earnings," the report says.

END_OF_DOCUMENT_TOKEN_TO_BE_REPLACED

Tennessee, Delaware to get Race to the Top funding

Secretary of Education Arne Duncan announced Monday that Tennessee and Delaware would be the first two states to receive funding under the Obama administration’s new “Race to the Top” program.

Washington (CNN) - U.S. Secretary of Education Arne Duncan told reporters Monday that Tennessee and Delaware stood out in their applications for the Race to the Top funding competition because their proposals would reach all corners of their states.

"The two state winners were touching 100 percent of their students," Duncan said, adding that he considered that to be pretty remarkable.

Tennessee and Delaware were the only two states to receive funding Monday in the first round of the education funding competition, federal officials announced.

Duncan said in the announcement that one determining factor was that "both states have statewide buy-in for comprehensive plans to reform their schools. They have written new laws to support their policies. And they have demonstrated the courage, capacity, and commitment to turn their ideas into practices that can improve outcomes for students."

END_OF_DOCUMENT_TOKEN_TO_BE_REPLACED

'Cradle to career' agenda is goal of education budget

Washington (CNN) - In the president's budget proposal released Monday, the Department of Education would get a 7.5 percent increase in discretionary spending for 2011 under a plan the secretary of education describes as a "cradle to career agenda."

This is a shift in the way federal education dollars have been allocated in the past.

"We are absolutely philosophically and strategically moving more money – a lot of money – into a competitive basis. And what we want to do is continue to build upon what we've learned through Race to the Top," said Education Secretary Arne Duncan.

Speaking on a conference call with reporters, Duncan said that "when there are real carrots out there, when you're rewarding excellence, we've seen just tremendous progress around the country."

END_OF_DOCUMENT_TOKEN_TO_BE_REPLACED

WASHINGTON (CNN) - The U.S. Department of Education is looking to give innovative school districts and non-profit organizations a share of $650 million in education stimulus money now available in a new fund, Secretary of Education Arne Duncan said Tuesday.

"There are many, many great ideas out there," Duncan told reporters on a conference call announcing his department's Investing in Innovation fund.

This newest pot of education stimulus money will be allocated directly to local districts - not through state education departments - with the money going to districts that either have a program that is working and needs to be expanded, or have a new idea that needs to be developed.
END_OF_DOCUMENT_TOKEN_TO_BE_REPLACED

Education stimulus money moving out, many local districts in limbo

WASHINGTON (CNN) - As education stimulus funds continue flowing, reaching 22 of the 50 states so far, Education Secretary Arne Duncan on Friday described the situation as an once-in-a-lifetime opportunity for schools.

"You have leadership from the top, you have congressional support, you have great ideas and, lastly, and not insignificantly, we have some real resources," Duncan said at a news conference.

But the flow hasn't been fast enough for some local school districts that need to know soon what kind of cuts they will need to make in the next school year.