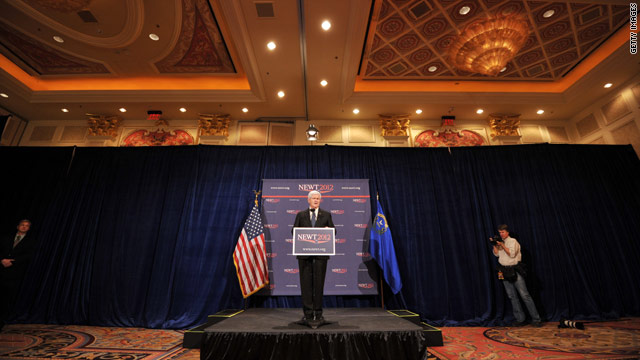 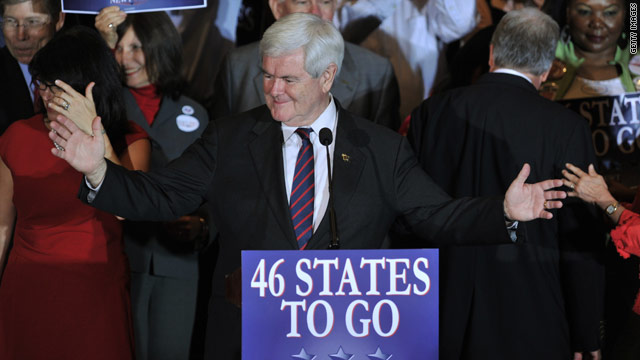 Orlando (CNN) - After a bruising 10 days in Florida, Newt Gingrich wasn't conceding anything to Mitt Romney after a devastating, momentum-shifting loss in the state's primary.

Instead, Gingrich appeared to be more emboldened to be the conservative alternative to Romney as the campaign for the Republican nomination enters a stretch of low-stakes contests in February.