Charlie Rangel on slim victory: My opponent was more popular than I thought

(CNN) – Rep. Charlie Rangel, D-New York, who was first elected in 1971, claimed victory in what he says is his last race, looking like he'll survive a second straight narrow victory against the same opponent he faced two years ago when he barely kept his political career alive.

Rangel blamed the changing district for his slim margins of victory.

For more of CNN's exclusive interview with Secretary of State John Kerry, watch "The Lead with Jake Tapper" at 4 p.m. ET.

(CNN) - While his predecessor Hillary Clinton and his colleague Vice President Joe Biden may be contemplating another White House run, Secretary of State John Kerry says he is out for 2016.

"I'm out of politics. I have no plans whatsoever. This is my last stop," Kerry said in an exclusive interview with CNN's "The Lead with Jake Tapper."

Chris Christie to Obama: 'Don't be so cute'

"I think the party cares more about winning the argument than winning the election, and if you don't win elections you can't govern," Christie said in an exclusive interview with CNN anchor and Chief Washington Correspondent Jake Tapper. 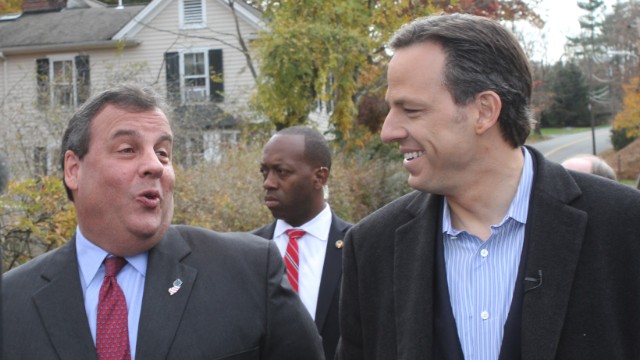 Chris Christie: I'm a conservative, not a moderate

Watch "The Lead with Jake Tapper" at 4 p.m. ET for our exclusive interview with New Jersey Governor Chris Christie.

CNN anchor and Chief Washington Correspondent Jake Tapper caught up with Christie outside a New Jersey polling place, and asked the GOP governor, who's seriously considering a bid for the 2016 Republican presidential nomination, if he thought of himself as a moderate.

Quinn: Weiner is immature, disconnected from the truth

"All we've seen here with Congress member Weiner is really a pattern of reckless behavior, an immaturity and a real disconnect from the truth," said Quinn, who would not go so far as to call on Weiner to drop out of the race.