Gabby and Mark: The new 'Bradys' of gun control

The comparisons are striking. 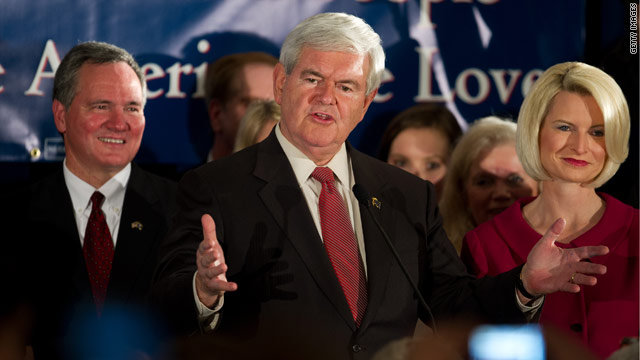 (CNN) - Could it be a coincidence that GOP presidential candidate Newt Gingrich describes his upcoming speech on space policy Wednesday as a "visionary" address "in the John F. Kennedy tradition?"

Perhaps not. After all 2012 is the 50th anniversary of Kennedy's iconic "we choose to go to the moon in this decade" speech, where he performed a presidential Babe Ruth. Like the Sultan of Swat, Kennedy dared to point out a seemingly impossible goal and swing for it – hitting a home run. 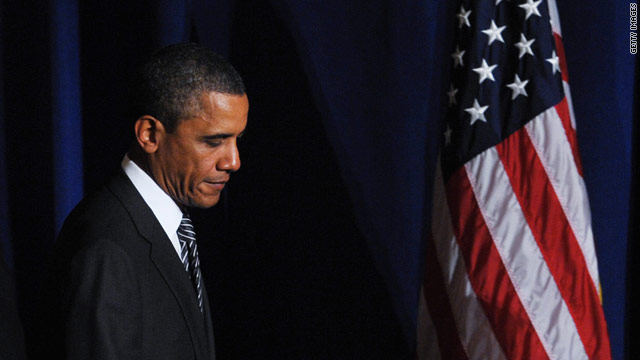 (CNN) - Courtney Hight told herself not to cry as police handcuffed her outside the White House. "I knew I was doing the right thing," she said. "So I did not cry."

On a cloudy day last month Hight, a former member of the White House Council on Environmental Quality, took a huge career risk and joined more than 1,200 protesters who were demanding that President Obama deny a building permit for Keystone XL, a planned oil pipeline that would stretch from Alberta, Canada, to Texas. 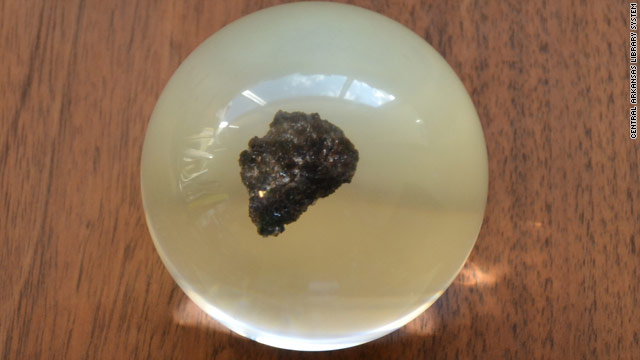 (CNN) - Only 843 pounds of moon rocks exist on Earth, according to NASA.

Now, 30 years after it went missing, one of those precious rocks has been found among memorabilia belonging to former President Bill Clinton. 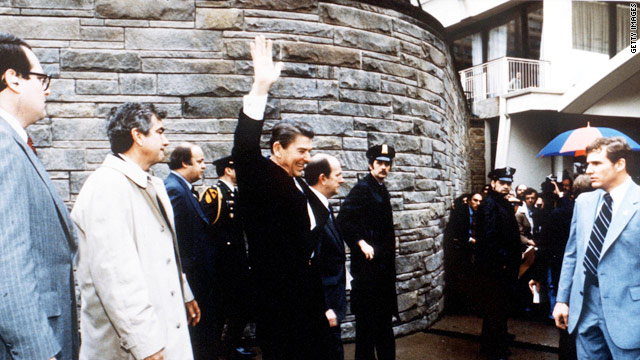 Gotta Watch: Behind the scenes of the Reagan shooting

(CNN) Breaking news, 1981-style – It's hard to believe it's been 30 years this month since the failed assassination attempt on President Ronald Reagan. CNN – less than a year on the air as the world's first 24-hour news network – sprang into breaking news mode to report initial details of the attack.

Both candidates are hoping to reap the lion's share of more than 23 million votes that have been cast nationwide. They're targeting states where polls remain open through the weekend - and, in some cases, into Monday.

Calculations by CNN and other news organizations indicate that many, if not most, of the early votes in more than 30 states are being cast by registered Democrats, although it's unknown who voted for which candidate.

"It would surprise me, but Republican voters in early voting states may simply be holding their ballots," Paul Gronke of the Early Voting Information Center said Friday. "But I wouldn't be surprised to see the Republican race start to catch up a little bit." See where people are voting early

Ruckelshaus was serving as deputy attorney general in 1973 when he made history as part of the infamous Saturday Night Massacre. He and his boss, Attorney General Elliot Richardson, were fired after they refused Nixon’s order to dismiss the independent counsel investigating the Watergate break-ins.

The former Nixon FBI director and secretary of the Environmental Protection Agency hopes to help Obama defeat Democratic rival Sen. Hillary Clinton in the May 6 primary in Ruckelshaus’ homestate of Indiana. The state has been a longtime Republican stronghold in presidential politics.

“Senator Obama’s ability to attract not only Democrats, but also Republicans and Independents, makes him uniquely qualified to build the broad coalitions needed to address our nation’s challenges,” said Ruckelshaus in a statement.