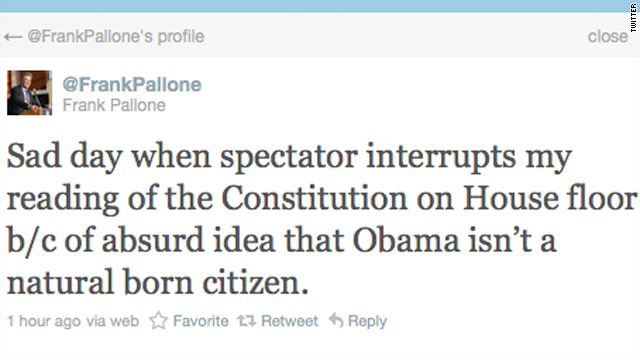 According to a tweet from Rep. Jim Himes (D-Conn), who was sitting in the chamber, an individual yelled out about President Barack Obama, apparently rejecting the notion that the president is a natural born citizen.
END_OF_DOCUMENT_TOKEN_TO_BE_REPLACED