Ward, an Iraq war veteran who served as a campaign state coordinator for Sen. John McCain's 2008 bid for the White House, was picked as a candidate for the National Republican Congressional Committee's "Young Gun's" program. He greatly outraised Labrador in the race for campaign cash, and Palin, the former Alaska governor and 2008 GOP vice presidential nominee who was born in Idaho, joined Ward at a rally last week.

But Ward apparently damaged his bid in recent weeks, allegedly plagiarizing from a speech President Barack Obama made at the 2004 Democratic convention. He also mistakenly alluded that Puerto Rico was a country during a recent debate.

END_OF_DOCUMENT_TOKEN_TO_BE_REPLACED

Obama heads to North Carolina for the third time

The president is expected to make his remarks at a Charlotte company that's hired new workers and beefed up operations partially because of grants from the economic stimulus program.

Obama last visited the state in July, when he held a town hall on health care reform in Raleigh. Prior to that visit, the president outlined his plans for the withdrawal of U.S. troops from Iraq, during a speech at Camp Lejeune Marine Base in North Carolina in February of last year.

END_OF_DOCUMENT_TOKEN_TO_BE_REPLACED

[cnn-photo-caption image= http://i2.cdn.turner.com/cnn/2009/images/05/08/art.crist.gi.jpg caption=" Crist is the clear favorite against primary and general election challengers, a new poll suggests."](CNN) - One week after Florida Governor Charlie Crist announced he would campaign for the Senate next year rather than run for re-election, a new poll indicates he comfortably leads his primary and general challengers.

The popular first term governor announced last week that he would forgo re-election in 2010 and instead run for the seat being vacated by retiring Senator Mel Martinez, a fellow Republican. Crist was immediately backed by some top Republicans in Washington.

A new Mason-Dixon poll, the first survey to question Florida voters since that announcement, indicates that if the Republican primary for the Senate seat were held today, Crist would easily top former Florida House Speaker Marco Rubio 53 percent to 18 percent, who is considered more conservative than Crist.

"Crist seems to be popular throughout Florida, but he also benefits in early polling from being the only Senate candidate who has been on a statewide ballot," says CNN Polling Director Keating Holland. "The challenge for the challengers is to boost their name ID in parts of the state where they have never run before. If one or more of them do that, the election results in 2010 may look nothing like today's poll."

The Mason Dixon poll was conducted May 14-18, with 625 Florida voters questioned by telephone. The survey's sampling error is plus or minus four percentage points.

Before heading home from Indiana yesterday, following his commencement address at The University of Notre Dame, the president stopped off in Indianapolis for two political fundraisers.

About 40 people attended a $15,000-per-couple event for the Democratic National Committee, which raised between $300,000 and $400,000 for the party. Some 650 people packed a second fundraiser, for four Indiana Democratic congressmen. Tickets for that even ranged from $250 to $5,000 per person.

Indiana native John Mellencamp performed at the larger fundraiser. For Mellencamp, it was a return to politics. The rock legend took to the stage at Obama campaign events last year during the Indiana primary.

Reflecting on that victory, the president told the crowd that, "I know that I'm here tonight because of you, and folks like you across this country who made the phone calls, and knocked on the doors, and registered voters, and dug deep and gave whatever you could, because you were hungry for new ideas and new leadership and a new kind of politics."

Sunday night's events were the first fundraisers Obama has attended outside Washington since becoming president in January. Obama is scheduled to team up with Sen. Harry Reid for a fundraiser for the Senate Majority Leader next week in Las Vegas. Reid is up for re-election next year.

According to local reports, some 100 people protesting Obama's economic policies demonstrated outside the downtown Indianapolis hotel where the two fundraisers were held.

Obama's numbers high, but will they last?

[cnn-photo-caption image= http://i2.cdn.turner.com/cnn/2009/images/04/23/art.obamagi.jpg caption="Obama is enjoying high approval ratings, but history suggests they may not last."]WASHINGTON (CNN) - A average of the most recent national polls indicates that nearly two out of three Americans approve of the job Barack Obama's doing as president.

"Most polls have shown Obama getting fairly high marks on most of the issues he has handled so far," says CNN Polling Director Keating Holland. "One exception has been the way he has handled government assistance to failing banks and automakers. His numbers on the federal deficit are also low in comparison to his approval ratings on the economy and foreign policy."

So how does Obama compare to his predecessors in the White House around the first 100 days mark?

How's the president doing? CNN Radio breaks down the numbers

END_OF_DOCUMENT_TOKEN_TO_BE_REPLACED 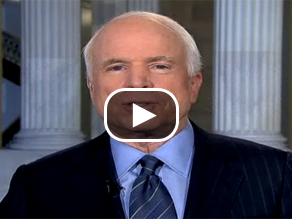