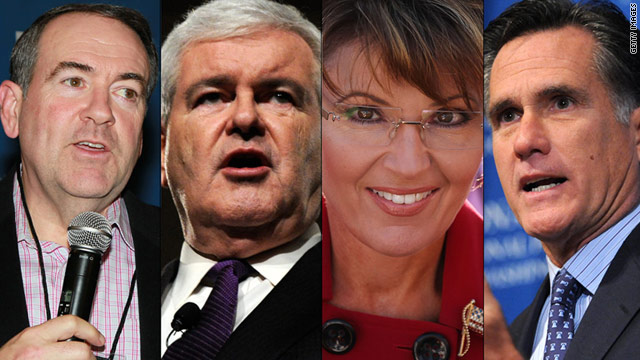 GOP frontrunners: 'It's all about who can get in last'

Washington (CNN) - None of them has announced plans to run. All have unique weaknesses that could knock them out of the race early. But for now, the familiar faces of those considering a run - Sarah Palin, Mike Huckabee, Mitt Romney and Newt Gingrich - are leading the national polls among possible contenders in the race for the 2012 Republican presidential nomination.

Palin, the former Alaska governor and Sen. John McCain's running mate in 2008, is staying alive by playing coy about her intentions.