OBAMA HOLDS YEAR-END NEWS CONFERENCE… Citing economic progress and other achievements, President Barack Obama rejected the contention that 2013 was the worst year of his presidency at a year-end news conference.

When asked about the botched rollout of healthcare.gov, the President called health care reforms a "good" product and said, "You still have 2 million who signed up." He did, however, cite early health care website problems as his biggest mistake in 2013.

Another frustration cited by the President was the inability to get any of his main legislative priorities of 2013 passed by Congress, and he called for 2014 to be a "year of action" on immigration reform, job creation, expanded background checks on gun purchasers and extending long-term unemployment benefits. When asked about the next big fiscal decision to be made by Congress early next year Obama said his administration would not negotiate “for Congress to pay bills that it has accrued."

Obama also said he would make "a pretty definitive" decision in January on recommendations from an independent panel this week calling for changes in National Security Agency surveillance to protect civil liberties. – Tom Cohen

Polls show Obama's approval rating at record lows for the five years of his presidency. Dismissing comments about polling numbers he told reporters, "I just took this job to deliver for the American people."
END_OF_DOCUMENT_TOKEN_TO_BE_REPLACED 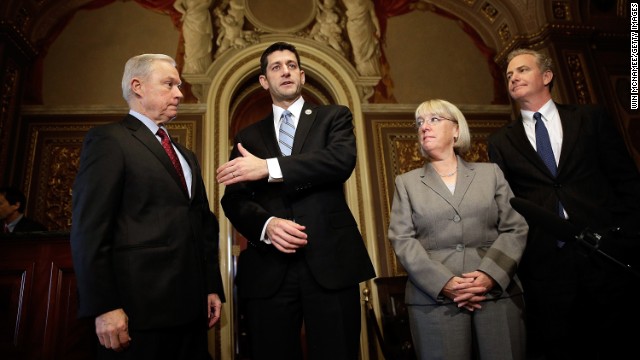 OBAMA MENTIONS INCOME EQUALITY AT MANDELA’S MEMORIAL SERVICE: “There are too many people who happily embrace Madiba’s legacy of racial reconciliation, but passionately resist even modest reforms that would challenge chronic poverty and growing inequality. There are too many leaders who claim solidarity with Madiba’s struggle for freedom, but do not tolerate dissent from their own people.” Read the full transcript of Obama’s eulogy: http://politicalticker.blogs.cnn.com/2013/12/10/transcript-obamas-speech-at-nelson-mandela-service/
END_OF_DOCUMENT_TOKEN_TO_BE_REPLACED