AT LEAST 20 HURT IN PA HIGH SCHOOL STABBING SPREE … A teenage boy went on a stabbing spree at his high school in Murrysville, Pennsylvania, early Wednesday, the town's police chief said. At least 20 people at Franklin Regional Senior High School, about 15 miles east of downtown Pittsburgh, were injured, and the alleged attacker is in custody, Thomas Seefeld said. – Ashley Fantz

EDUCATION SECRETARY ARNE DUNCAN TELLS CNN: “Schools are generally the safest places in communities. And until we as a nation are willing, really willing to take on the larger issue of violence in our broader communities, schools will continue to have some challenges.”

END_OF_DOCUMENT_TOKEN_TO_BE_REPLACED

DEVELOPING … CIA SECRETS ARE OUT … The Senate Intelligence Committee on Thursday voted to publicly release key portions of its report on the CIA’s post-9/11 detention and interrogation program, Chairman Dianne Feinstein told reporters following a closed-door meeting of the committee. The report draws a harsh portrait of the agency and the legality of its tactics, U.S. officials tell CNN’s Evan Perez.

FEINSTEIN TO HILL REPORTERS: “The report exposes brutality that stands in stark contrast to our values as a nation. It chronicles a stain on our history that must never be allowed to happen again. This is not what Americans do.”

IN WAKE OF FORT HOOD TRAGEDY, BUSH URGES PEOPLE TO DROP THE “D” FROM PTS: FORMER PRESIDENT BUSH 43 AT A MILITARY SERVICE INITIATIVE EVENT: “As most doctors today will tell you post-traumatic stress is not a disorder. Post-traumatic stress or PTS is an injury that can result from the experience of war. And like other injuries PTS is treatable. … Partly because it is mislabeled as a disorder and partly because many people aren’t aware of treatment options some veterans suffering from post-traumatic stress are reluctant to seek help. As a result of public misunderstanding employers sometimes cite it as a reason for not hiring vets.”

CHRISTIE FAVORABILITY COOLING … The latest edition of Quinnipiac University's National Thermometer Poll, released Thursday, indicates that New Jersey Gov. Chris Christie is losing some ground in terms of his favorability ratings. The poll asks voters nationwide to rate their feelings towards political leaders by choosing any number between 0 and 100, with higher numbers indicating more positive feelings. Christie came in ninth on a list of 13 Republicans mulling a 2016 bid for the White House, at 45.2 degrees. That's down from 55.5 degrees in Quinnipiac's early January poll, which Christie topped.

YET … HE IS THE $33 MILLION MAN …The Republican Governors Association announced Thursday that the group has raised a record $23.5 million over the first three months of this year, and $33 million since Chris Christie took over as RGA chairman in late November. That's a new fundraising record for the first four and a half months of a new RGA chairman's tenure. The $23.5 million raised in this year's first quarter shatters the previous RGA record of $9.1 million brought in during the first three months of 2010 under the chairmanship of then-Gov. Haley Barbour of Mississippi. – Paul Steinhauser

HEADS UP: ISSA PREPARING TO HOLD LERNER IN CONTEMPT… The House Oversight Committee will vote next week on whether to hold former IRS official Lois Lerner in contempt of Congress for refusing to testify about the about agency’s targeting of conservative groups seeking tax- exempt status, Chairman Darrell Issa, R-California, announced Thursday.

THE BUZZ: BILL CLINTON 'WOULDN’T BE SURPRISED' BY AN ALIEN VISIT … It has been a question plaguing man for ages: Are we alone in the universe? If you ask former President Bill Clinton, he would tell you that he “wouldn’t be surprised” if we were visited by extraterrestrials someday. At least that’s what he said on Jimmy Kimmel’s late-night talk show Wednesday.

“In the last two years, more than 20 planets have been identified outside our solar system that seem to be far enough away from their suns and dense enough that they might be able to support some form of life,” he said. The 42nd President would rather see E.T. make a visit than the aliens from the sci-fi movie “Independence Day,” but he says there may be an upside from the latter. – Jonathan Helman

END_OF_DOCUMENT_TOKEN_TO_BE_REPLACED 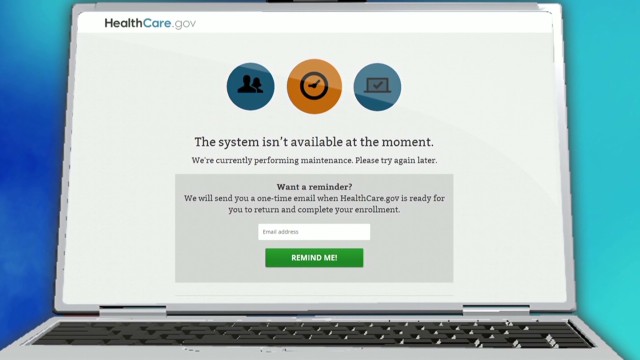 END_OF_DOCUMENT_TOKEN_TO_BE_REPLACED

BREAKING … Russian President Vladimir Putin called President Barack Obama on Friday to discuss the situation in Ukraine, the White House announced. Obama talked about having the two countries' top diplomats continue to engage in talks and urged Putin to "avoid further provocations, including the buildup of forces on its border with Ukraine."

END_OF_DOCUMENT_TOKEN_TO_BE_REPLACED

DEVELOPING …. PRESIDENT OBAMA PREPARES FOR MEETING WITH POPE FRANCIS: Bloomberg’s Margaret Talev reports: “Obama will meet Thursday with Pope Francis at the Vatican as the American leader struggles with declining influence at home and abroad. He’s also trying to gain favor with two of the pope’s main constituencies in the U.S.: the working poor and Hispanics.”

QUOTE OF THE DAY: SPEAKER JOHN BOEHNER REACTS TO LATEST OBAMACARE EXTENSION AT A GOP PRESSER: 'What the hell is this, a joke?'

END_OF_DOCUMENT_TOKEN_TO_BE_REPLACED

BREAKING … NO G8 IN SOCHI: The leaders of the G7 countries met in The Hague Monday and condemned the actions of Russia in Crimea. The White House released a statement from the G7 countries: “We will suspend our participation in the G8 until Russia changes course and the environment comes back to where the G8 is able to have a meaningful discussion and will meet again in G7 format at the same time as planned, in June 2014, in Brussels, to discuss the broad agenda we have together.”

END_OF_DOCUMENT_TOKEN_TO_BE_REPLACED

DEVELOPING … RNC PREDICTS 2014 “TSUNAMI” … The head of the Republican Party has a prediction about November's midterm elections. "I think we're in for a tsunami-type election in 2014," Republican National Committee Chairman Reince Preibus said Tuesday at a breakfast hosted by the Christian Science Monitor.

"My belief is, it's going to be a very big win, especially at the U.S. Senate level, and we may add some seats in congressional races. … I think among youth and women, we're gonna see the greatest increase in 2014 because of, number one, Obamacare," Priebus said.

END_OF_DOCUMENT_TOKEN_TO_BE_REPLACED

FIRST ON CNN: PUTIN TO RELEASE HIS OWN SANCTIONS LIST THAT WILL INCLUDE U.S. SENATORS … Hours after President Barack Obama authorized sanctions on Russian officials over the Crimea vote, Russian President Vladimir Putin is expected to release his own sanctions list tomorrow targeting U.S. officials and politicians, the Daily Beast’s Josh Rogin told Brooke Baldwin on CNN’s Newsroom Monday.

President Obama told reporters Monday that the United States wants to make it clear to Russia "that further provocation (in Ukraine) will do nothing" except diminish Russia's standing in the world.

Ukrainian President Oleksandr Turchynov addressed the nation from Kiev on Parliament TV: “We will never accept the annexing of our territory.”

END_OF_DOCUMENT_TOKEN_TO_BE_REPLACED

CLINTON EXPLAINS HITLER COMMENTS … Former Secretary of State Hillary Clinton sought on Wednesday to explain her remarks comparing Vladimir Putin's military intervention in Ukraine to Adolf Hitler's European aggression ahead of World War II. The former secretary of state told an audience in Los Angeles that her comments on Tuesday were an attempt for "people to have a little historic perspective." – Dan Merica

AS FEARS OF INSTABILITY RISE IN CRIMEA … Tensions mounted on the ground in Crimea when U.N. Ukraine Envoy Robert Serry was threatened by armed men in Sevastopol.
END_OF_DOCUMENT_TOKEN_TO_BE_REPLACED

NUGENT APOLOGIZES: Ted Nugent apologized Friday for the “subhuman mongrel” comment he used to describe President Obama after multiple calls from Republican lawmakers to apologize, including from Sen. Rand Paul:

Senator Rand Paul (@SenRandPaul)
Ted Nugent's derogatory description of President Obama is offensive and has no place in politics. He should apologize.
END_OF_DOCUMENT_TOKEN_TO_BE_REPLACED