OBAMA: “I’M STANDING HERE TODAY” BECAUSE OF LBJ … Joined by three former presidents Thursday to mark the 50th anniversary of the Civil Rights Act, President Barack Obama honored Lyndon Johnson’s Great Society and the historic measures that helped pave his way to the White House. "New doors swung open for everybody. Not all at once, but they swung open," Obama said. They "swung open for me" and "that's why I'm standing here today."– Kevin Liptak

END_OF_DOCUMENT_TOKEN_TO_BE_REPLACED

RUSSIA WARNS OF CIVIL WAR IN UKRAINE … Russia warned Tuesday that any use of force in Ukraine's eastern region could lead to civil war, as Kiev seeks to regain control after pro-Moscow uprisings in three cities. …Rebels occupying Donetsk's regional government building Monday declared a "people's republic" and called for a referendum on secession from Ukraine to be held by May 11. – Laura Smith-Spark, Marie-Louise Gumuchian and Victoria Butenko

END_OF_DOCUMENT_TOKEN_TO_BE_REPLACED

MIDEAST PEACE TALKS ON LIFE SUPPORT: After more than a dozen trips to the Middle East and 14 months of unbridled optimism on the prospects for Mideast peace, and his own ability to negotiate it, John Kerry on Friday finally sounded defeated. “We have an enormous amount on the plate,” he said. “There are limits to the amount of time and effort that the United States can spend if the parties themselves are unwilling to take constructive steps in order to be able to move forward.” – Elise Labott

GIRL POWER… A DOUBLE STANDARD? Former Secretary of State Hillary Clinton participated in a question-and-answer session with the IMF’s Christine Lagarde at the Women in the World Forum in New York. … (Clinton) and Lagarde provided the largely female audience with a memorable image when the two clasped hands in a high-five celebrating women's political power.

“The double standard (for powerful women) is alive and well,” said Clinton. “I think in many respects the media is the principal propagator of its persistence.”- Rachel Streitfeld

BUT FOR PELOSI, IT WAS ALWAYS EXPECTED … The House Democratic leader tells CNN’s Candy Crowley that she has “had to have a very thick skin about every kind of thing that was thrown at me,” in an exclusive interview that will run in full Sunday on “State of the Union.”

Asked if she agreed with Clinton that the media does have a double standard for women in power, Pelosi said, “If Hillary Clinton thinks there is a double standard, she’s been in the main event – and that is a presidential race – then I respect that. From my own standpoint, I never expected anything but a double standard. I don’t know if it’s the media or whether people say things that’s news that you have to cover.”

END_OF_DOCUMENT_TOKEN_TO_BE_REPLACED

JUSTICES STRIKE DOWN POLITICAL DONOR LIMITS … If you're rich and want to give money to a lot of political campaigns, the Supreme Court ruled Wednesday that you can to do so. The 5-4 ruling eliminated limits on much money people can donate in total in one election season.

However, the decision left intact the current $5,200 limit on how much an individual can give to any single candidate during a two-year election cycle. Until now, an individual donor could give up to $123,200 per cycle.

The ruling means a wealthy liberal or conservative donor can give as much money as desired to federal election candidates across the country, as long as no candidate receives more than the $5,200 cap. – Bill Mears and Tom Cohen

END_OF_DOCUMENT_TOKEN_TO_BE_REPLACED 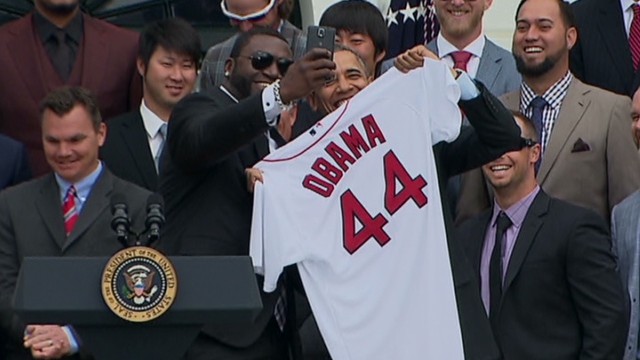